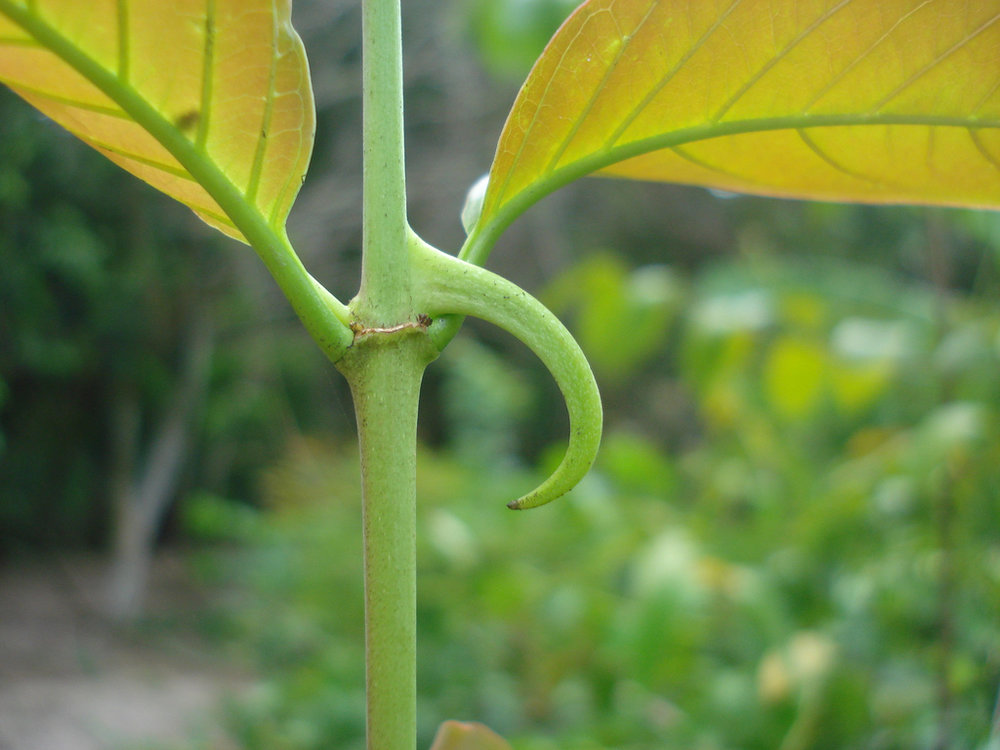 Cat’s Claw, aka Uncaria tomentosa has anti-inflammatory and antioxidant properties.

Molly Helfend over at House of Citrine writes:

“Sacred herb of the Rain Forest. Life-giving vine of Peru. Uña de gato. These are all names used to describe the medicinal tropical vine known in western cultures as Cat’s Claw.

Like kratom, Cat’s Claw is a member of the Rubiaceae family.

Cat’s Claw is a sacred plant traditionally used in Peruvian cultural medicine and more recently introduced into western herbalists’ armamentarium. Not much research has been done on this herb, but what has been found is astronomical. “Research has shown the plant contains immune stimulating alkaloids, which also enhance the parasympathetic nervous system” (Horne, 2010).

In simpler terms, it is an immune stimulating powerhouse that been proven to help eliminate free radicals that cause cellular damage. It curatively inhibits cancer growth and improves DNA repair. Some say, it works better than medicinal mushrooms!

According to indigenous Shamans, uña de gato serves as a bridge and balancer between the physical and spiritual worlds, which is helpful to health problems since they believe in spiritual causes of bad health” (Draxe, 2016).

Washing a tincture down with water or any other preparation with lemon juice or apple cider vinegar is key to allowing the magic to permeate into the jungle of your soma and soul.

Steep 1 cup of Yerba Mate in boiling water for suggested time. If Cat’s Claw is in dried bulk form, steep in 1 cup of boiling water for about 10 to 15 minutes. (If it is in tincture or liquid extract, please put suggested amount directly into the blender). Once ready, pour both steeped teas into the blender with the cacao powder, tocos, tigernuts, maca, chrawnaprash and vanilla powder. Blend until smooth. Pour into mug or glass jar and add a splash of coconut milk. Enjoy!

One of the most impressive effects of cat’s claw is its scientifically proven ability to repair DNA.

WHAT IS CAT’S CLAW USED FOR?

The most common use of Cat’s Claw is for pain associated with arthritis.

“Multiple studies have confirmed using cat’s claw to naturally improve both osteoarthritis and rheumatoid arthritis symptoms. In a 2001 study, 45 subjects suffering from osteoarthritis of the knee either took 100 milligrams per day of freeze-dried cat’s claw or a placebo for four weeks. Researchers found that “pain associated with activity, medical and patient assessment scores were all significantly reduced with benefits occurring within the first week of therapy.” Knee pain at rest or at night and knee circumference were not significantly reduced by cat’s claw during the short trial, but results led researchers to conclude that cat’s claw is an effective treatment for osteoarthritis with no significant side effects.”

Cat’s claw’s ability to improve blood pressure has been attributed to an alkaloid called hirsutine. This health-promoting alkaloid has been found to specifically act at the calcium channels of the heart and blood vessels as a calcium channel blocker.

Why is this significant?

How to Use Cat’s Claw

The traditional use of cat’s claw was to make a tea from the inner bark of the vine.

Cat’s claw is also called the “life-giving vine of Peru.” Its use for health purposes actually dates back to the ancient Inca civilization in Peru. Cat’s claw or uña de gato is also the most sacred herb among the Ashaninkas, Campo and other Amazonian tribes. According to indigenous Shamans, uña de gato serves as a bridge and balancer between the physical and spiritual worlds, which is helpful to health problems since they believe in spiritual causes of bad health.

Today, ethically harvested cat’s claw bark continues to be a significant source of income for many Peruvian and Brazilian villages.

Possible Side Effects and Caution with Cat’s Claw

Cat’s claw is generally well-tolerated by users and considered non-toxic. Few side effects have been reported when it’s taken in small amounts, but some people taking the herb have reported dizziness, nausea and diarrhea. However, diarrhea or loose stools are typically mild and subside with continued use of the herb.

Talk to your doctor before taking cat’s claw if you currently take any medication because cat’s claw is known to interact with several medications, including high blood pressure and immune-modulating drugs. Also, talk to your doctor first if you have any ongoing health concerns, especially any type of autoimmune illness (like multiple sclerosis and lupus), bleeding disorder, low blood pressure or leukemia.

This article was adapted from an original article on Cat’s Claw. The original piece in its entirety can be found here.